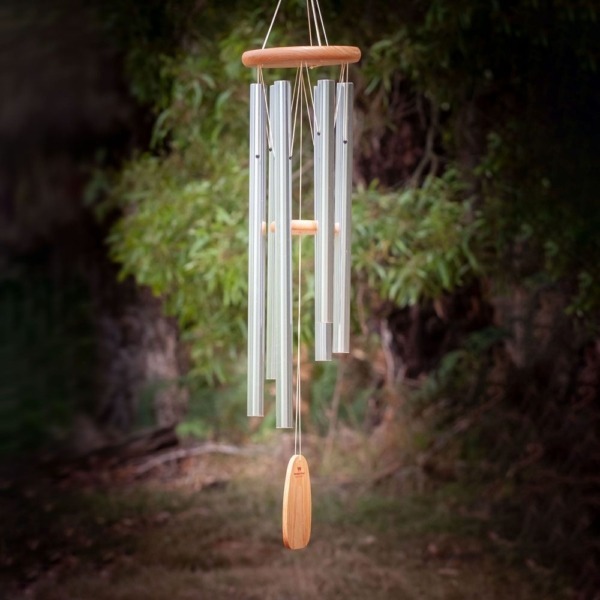 In stock (can be backordered)

This mysterious and soothing chime is tuned to the ancient Greek pentatonic scale devised by Olympos, Phrygian flutist and lyre player of the seventh century B.C. Olympos is given credit for the introduction of the flute into Greece from Phrygia, thus adding a new instrumental sound to that country. It is said that Olympos was also very inventive with rhythm, which just may qualify him as the original King of Rhythm and Blues. Because of these contributions, Plutarch, the Greek historian and biographer, named Olympos the father of Greek music. Nearly three thousand years later, the bluesy scale of Olympos, tuned in the pure system of “just intonation,” is still heard today in the Japanese koto and in this Woodstock Chime.